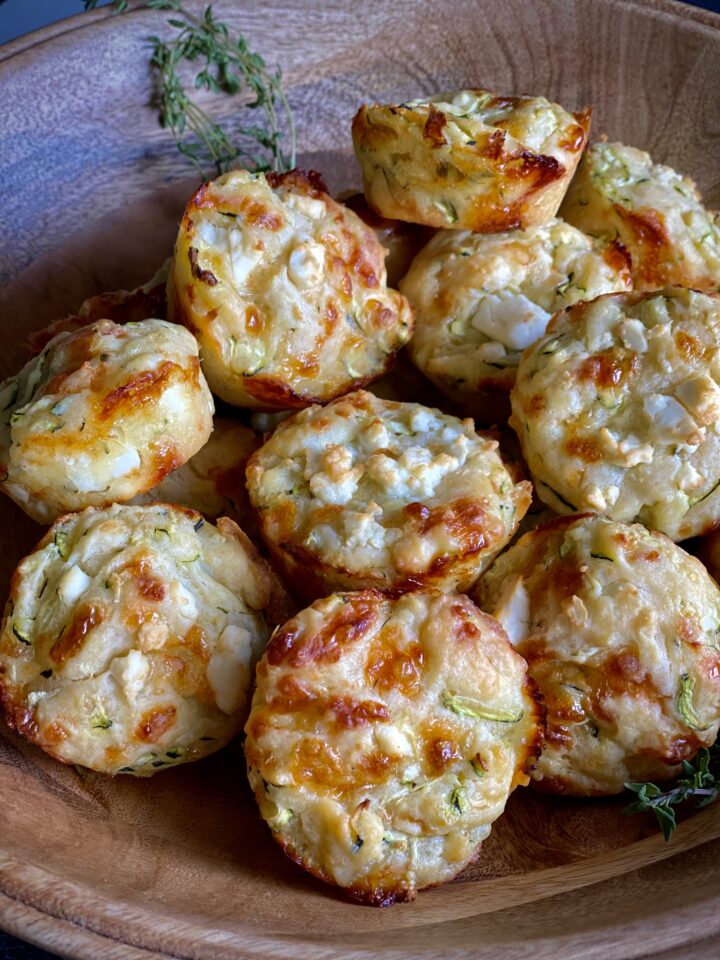 It’s time to make a savory breakfast muffin that is absolutely ideal with these two soulmates: zucchini and cheese. This is my Yiayia’s tiganites recipe that I transferred into a muffin pan and baked (instead of fried in oil). She was THE BEST cook was beyond loving to me .. an absolute second mother! I was so blessed to have her in my life for so many years.

Your medium zucchini needs to grate down to 2 cups zucchini shreds for these muffins. You don’t need to drain your zucchini shreds of their liquids, they are necessary to be included in the recipe.

You don’t have to use all purpose flour in this muffin. Gluten free flour and oat flour both work as substitutes. Your preferred milk of choice can be used. I have made these with both olive oil and melted butter and they are both delicious alternatives.

This recipe yields about 23 muffins; plenty to horde, share or freeze for later usage. 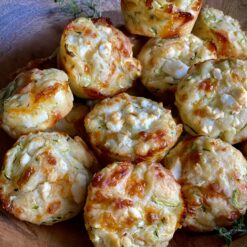 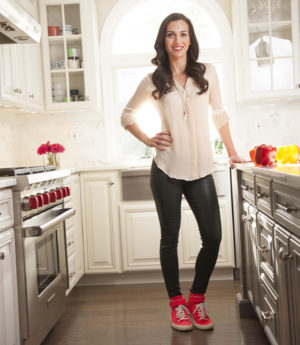